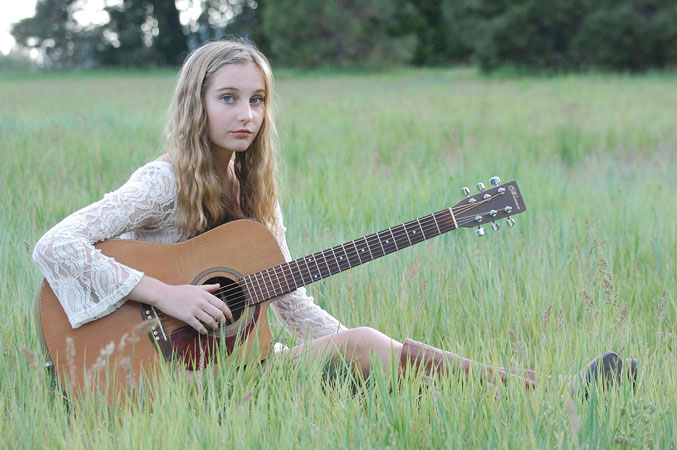 Hayley got her start performing as a young child, when she would create and stage shows at home in front of the family fireplace. Her interest in performing drew her to drama and eventually musical theater, where she was required to take vocal lessons. This opened up a world of possibilities for her, and she has never looked back.

She quickly became interested in songwriting when she began to learn the guitar, writing her first song as a student in sixth grade. Since then she has continued to perfect her guitar playing and song writing abilities, while also learning piano, and working with other local musicians in performance and creative play.

She got her first independent record deal at fourteen years old, when producer Tommy Daly, heard her sing “simple things” at a local fair. She to got work right away writing and recording her first self titled, album. She continued to turn heads all over Northern California with her hauntingly mature voice and perspective on life, love and its ups and downs.

With the recent release of her first album, she is preparing to broaden her horizons with more and more live performances, and is developing her interests in performance and musical theater.

If you want to get in touch with Hayley, you can follow her using:

Friday evening at the Tasting Room

Want to keep up-to-date with Hayley Mynnette? Get emails delivered with her latest shows, photos, and more, straight to your inbox once or twice monthly.